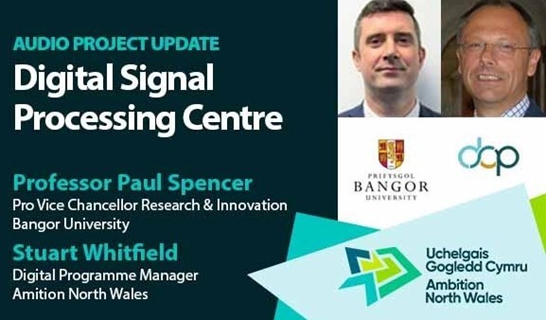 The North Wales Growth Deal is a £1 billion investment to the region’s economy, £240m of which is funded by the Welsh Government and UK Government.

The Digital Signal Processing Centre (DSP) is the first Growth Deal project to receive funding, securing £3 million to invest in cutting-edge equipment, which will develop the facility as well as create up to 40 new jobs. The project is recognised by both Welsh and UK Governments as being critical to the development and future of North Wales and the wider economy.

In this discussion Business News Wales talks to Professor Paul Spencer, Dean of College of Environmental Sciences and Engineering, Bangor University and Stuart Whitfield, Digital Programme Manager at Ambition North Wales about the Digital Processing Centre and porential impact the centre will have on the development of digital.

Listen to the discussion