A 383-mile walk along the North Wales coast, from Machynlleth to Shotton has raised more than £2,300 for mental health charities to help fund care in local communities.

Alwen Williams is Portfolio Director of Ambition North Wales and was amongst those who put on their walking boots for Mind. She said: “We’re delighted to have raised so much at the start of our year-long campaign to support our Local Mind charities. This is only the beginning and we hope to raise much more through different activities over the next twelve months.

“Like so many, my team and I have been working from home for over 18 months, with limited opportunities to meet face to face. This challenge was perfect, just as we entered into the winter months, to get those miles in and enjoy the benefits of being active and outside on our wonderful coastal path.

I’ve seen colleagues form true friendships during this challenge, this sort of connection doesn’t happen on Zoom or Teams. It’s been a real opportunity to break down any feelings of isolation. It’s also meant that we have been able to get together as a team for the first time.”

Proceeds from all the fundraising activity will go to support those struggling with mental health issues in North Wales. As well as rising money for Mind, the walk was about encouraging people to take to the great outdoors to enjoy the beautiful North Wales countryside and to take time out from work to focus on being active and looking after their own mental health.

Jenny Murphy is Chief Executive of North East Wales Mind, she said: “I’d like to thank the whole team at Ambition North Wales for their huge efforts. Walking 383 miles is no mean feat - and we are so grateful to them for choosing Mind groups in North Wales as their nominated charities and for organising this fantastic walk.

“There’s no doubt that the pandemic has increased pressure on mental health services and we have seen an increase in demand for support. Hopefully as the Ambition North Wales' charities this year we can not only raise funds to support more people, but also raise awareness of the issues people are facing and where they can get help and advice.”

The team at Ambition North Wales is keen to thank everyone for their support and wants to remind people that they can still give by visiting the link below: 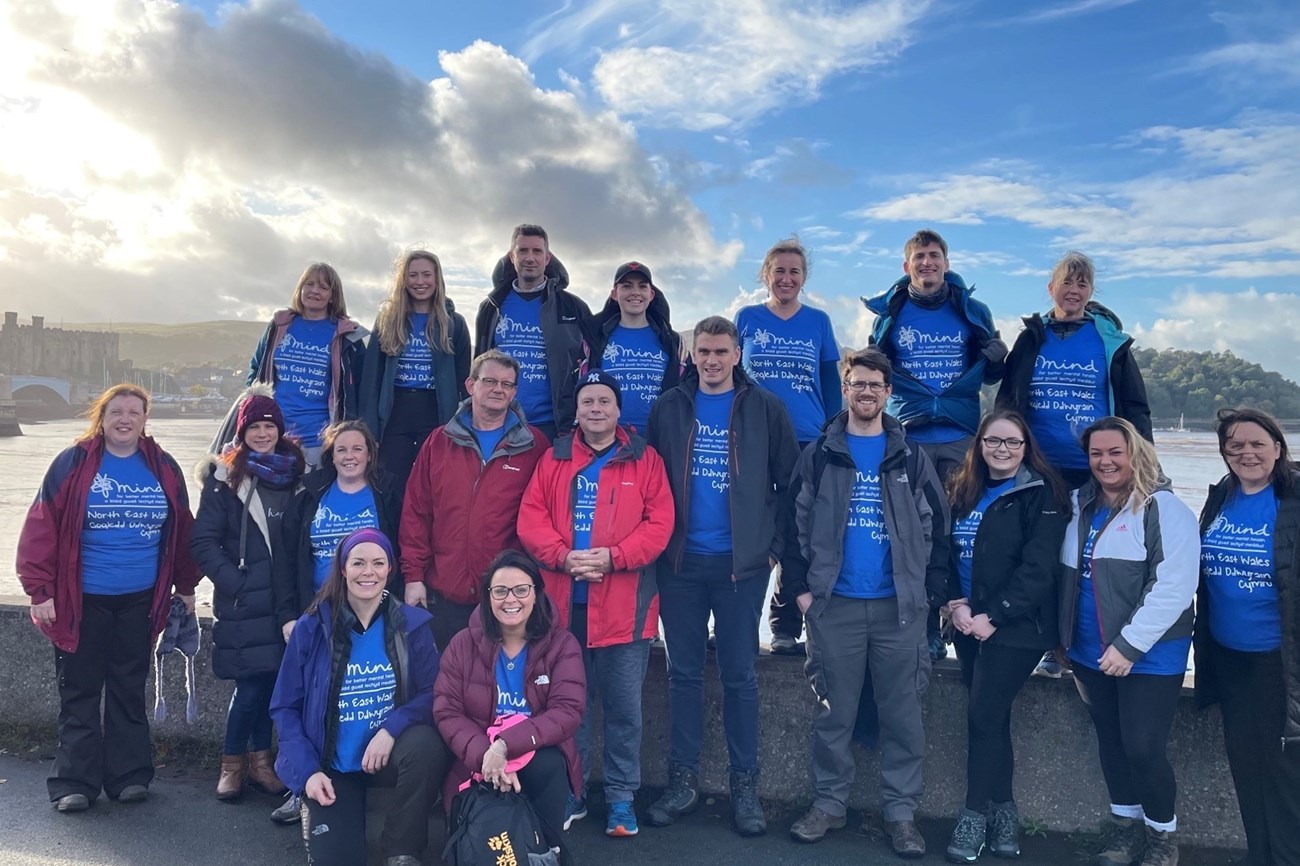 The Team finishing the last leg of the walk in Conwy